In this tutorial we provide an example of applying the transfer-matrix method to the Langmuir adsorption model with interaction between nearest neighbors. SUrface Science MOdeling and Simulation Toolkit (SuSMoST) is a set of computer programs and libraries that are used for modeling. As a result of the program, we get adsorption isotherm \(\theta(\mu)\).

Please have a look at the following script here and read below what the script does.

In this block we include libraries. Here numpy is standard library. susmost is a general library that contains modules required for setting structure of model and applying the Transfer-matrix method.

Here we define the constants.

In the table below, we show the constants and their descriptions.

If k_B is measured in kJ/K, then k_B is the Boltzmann constant .

Here we define the parameters.

In the table below, we show the parameters and their descriptions.

Here we set the lattice geometry that models the solid surface.

In this models we use a square lattice with lattice parameter a (make_square_plane_cell(a) and etc.). The lattice constant a specifies the location of the nodes. interaction define an interaction between neighbor sites.

Set interval in what we change the pressure in the gas phase. mono_state and empty_state specifies the shape of the nodes (make_single_point_zmatrix()), sets for each node the energy of adsorption ( monomer - mu, empty - 0), assigns the mark to all the possible surface states (monomer - atom N, empty - H), sets the properties of each node (monomer - coverage=1., empty - coverage=0.).

The lattice model description is stored in lt as objects of the class LatticeTask.

Set W as a tensor of interaction that can be used to solve eigenvalue problem 1 (read more: interface round a face 2 ), avg_cov - the average cover corresponding to each ring and tm_sol as solution of transfer-matrix.

In result we’ll get an array of the calculated coverages by transfer-matrix method covs and the chemical potential mus.

Let’s look at some examples of using the application by varying input data, such as:

We considered examples for the width of the lattice N=6. In case of necessary it can be changed too.

Let change the value of interaction energy mol_int. As result we get the following adsorption isotherms (fig. 1) 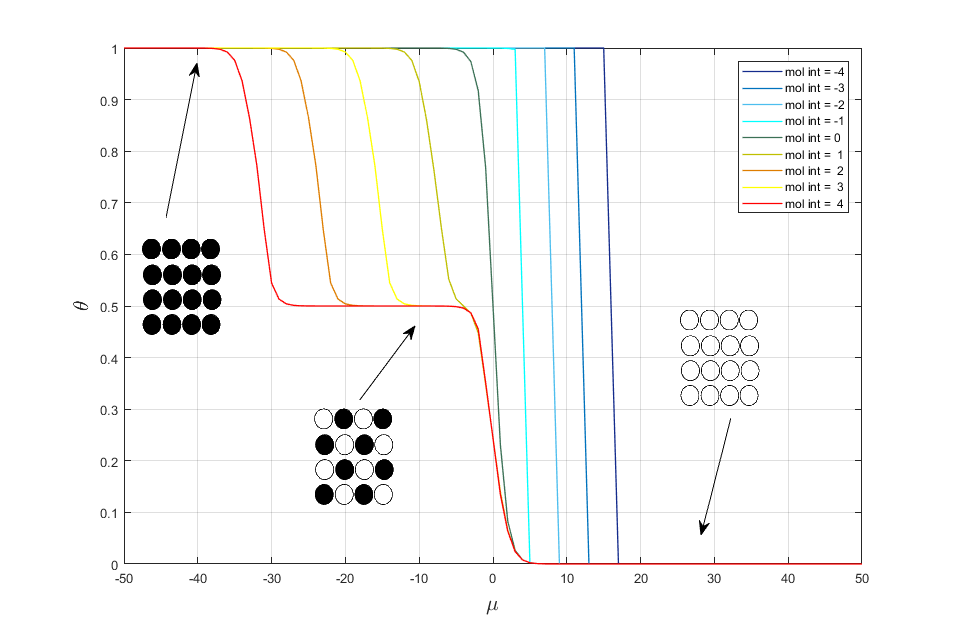 It is seen from fig. 1 that in case of attraction we get the two-dimensional condensation and in the case of repulsion we get two phase transitions with forming of a chess and dense phases. If mol_int = 0, then we get classical Langmuir model.

Let change the step of adsorption energy mu. As result we get the following adsorption isotherms (Fig. 2) 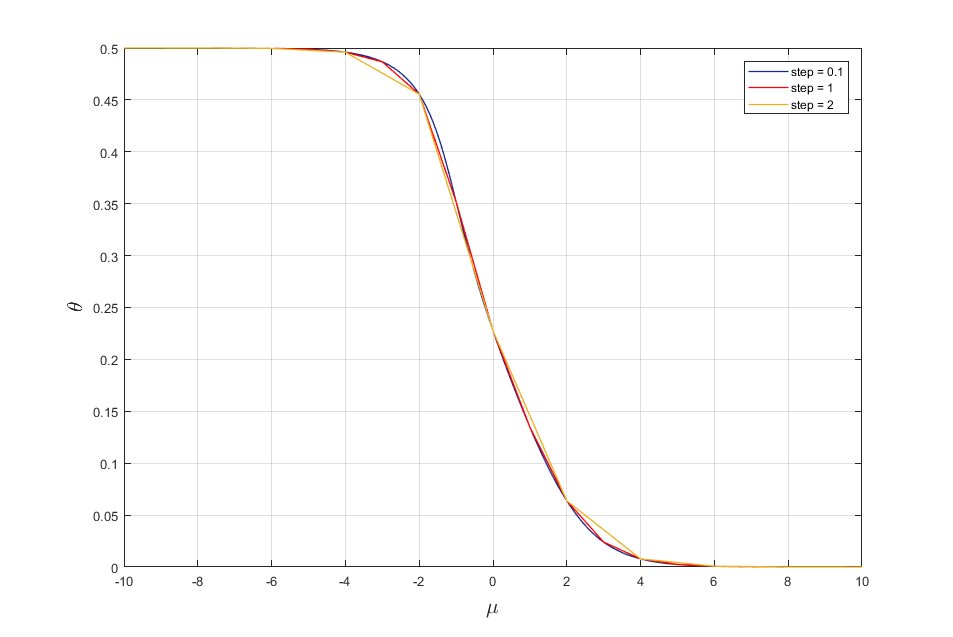 It is seen from fig. 2 that by changing the step of adsorption energy mu we can obtain adsorption isotherms with a certain accuracy.

Let change values of temperature T. As result we get the following adsorption isotherms (Fig. 3) 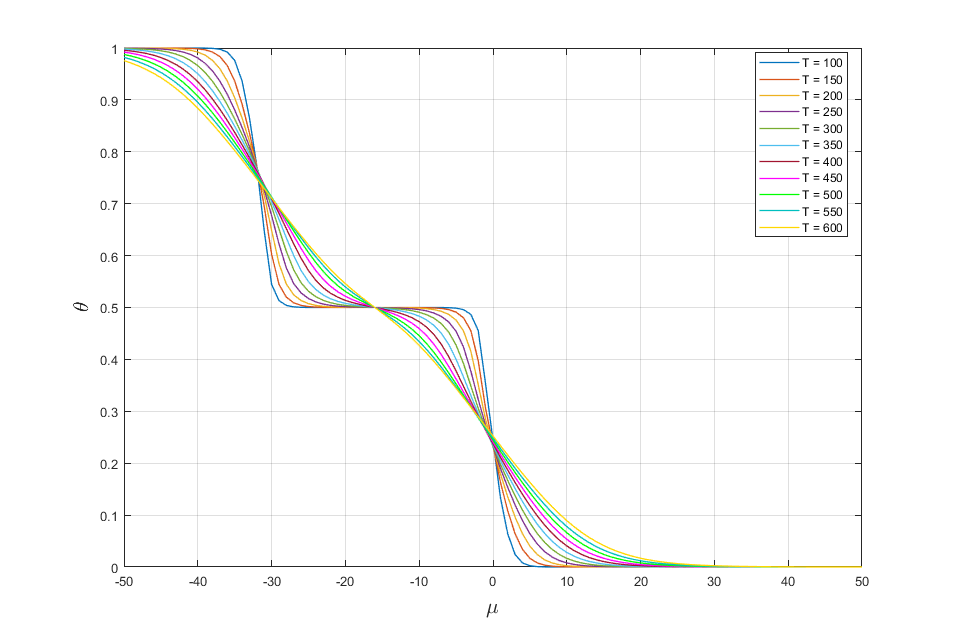 It is seen from fig. 3 that with increasing temperature the region of existence of the phases are reduced to their disappearance.